What is Games as a Service, pros and cons of games on-demand, and how to successfully manage live service games
Development
Localization
10-09-2020  |  Slava Zaiets

Games-as-a-Service (GaaS) is a big-league trend in the games industry that already tripled the industry value. Subscription-based gaming is on the rise and cloud gaming growth is expected to reach USD 7.24 billion by 2027. But what makes Games-as-a-Service so popular? And what are the pitfalls for the game devs who decide to develop GaaS titles? Let’s dig into the details.

Games-as-a-Service (GaaS) is a business model that allows game developers to monetize video games after release in the long run. It’s achieved by the games being updated frequently with new experiences and offered to the players on a subscription basis or in the form of in-game purchases.

Sometimes, GaaS gaming is used irreplaceably with “cloud gaming,” “gaming on demand,” “live service games” or “game streaming” since the majority of the video games played nowadays are stored and run on the remote servers and streamed to the gamers’ devices.

What is the main difference between traditional video games and Games-as-a-Service?

Traditional games are typically a single ship release, based on a pay-to-play business model. As the Games-as-a-Service definition suggests, the video games are “served” to the players rather than sold once.

A game as a service is published once and updated afterward regularly, often weekly. These updates can include new events, missions, areas, levels, modes, assets, etc. Their game monetization model is based on microtransactions. As a result, instead of passing all the levels at once and abandoning the game, players have a reason to get back to the same title regularly.

Probably, the earliest games-as-a-service example includes an MMO World of Warcraft, released by Blizzard Entertainment in 2004. With a monthly subscription of $14.99, in 2015 the game had 5.5 million active subscribers and generated $82 million a year. This revenue stream allowed the company to enhance the game with constant content updates.

Amongst the best games as a service are Destiny, Hunt: Showdown, Overwatch, Madden, and Candy Crush. Fortnite by Epic Games can be considered as a game as a service too, even though it’s a free-to-play game. The studio generates revenue from the microtransactions: cosmetic add-ons (animations, costumes, accessories), unique features (“Battle Pass”), and so on. In less than a year after its release, Fortnite had 125 million gamers and made $1.2 billion in revenue. 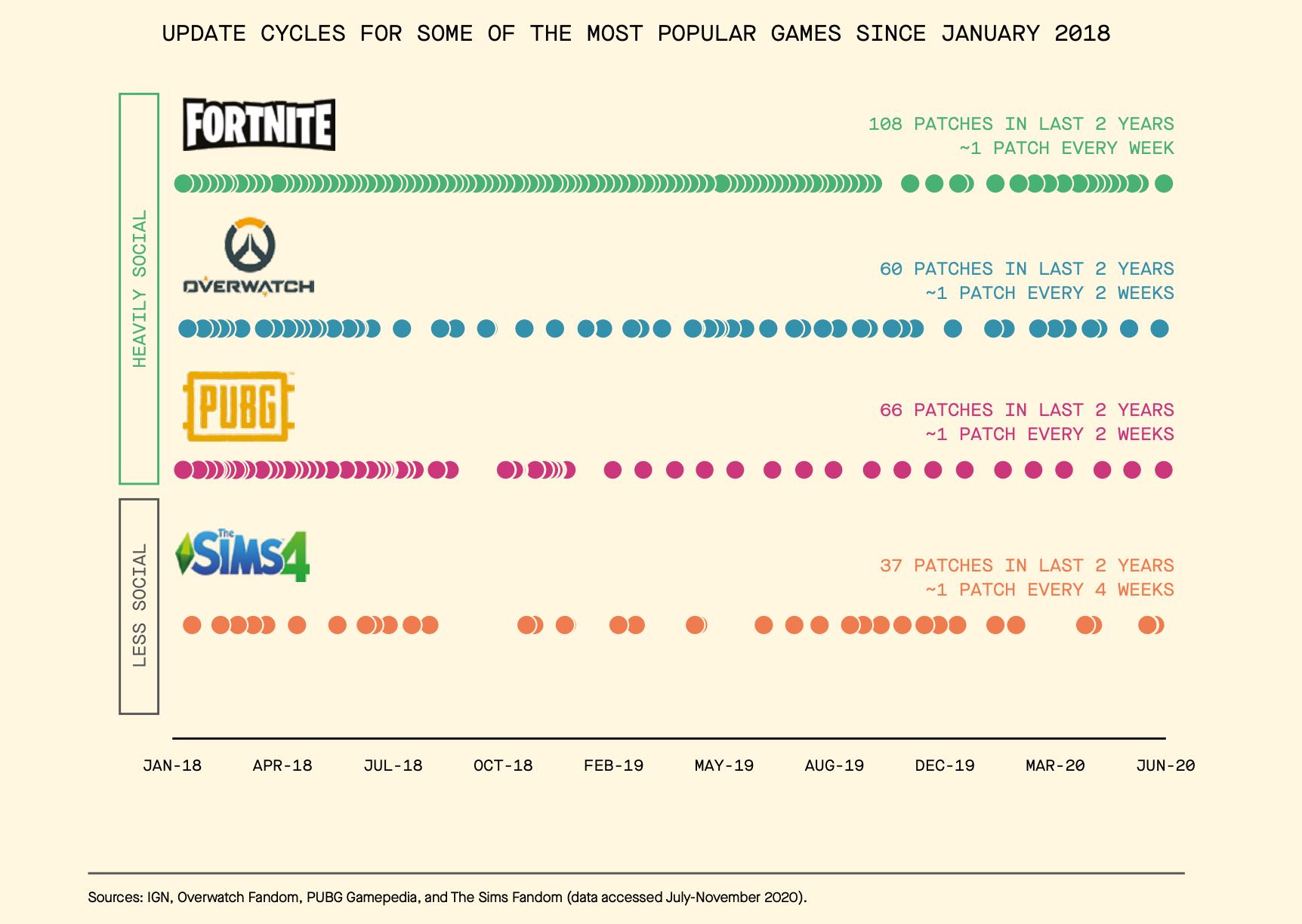 In 2018, Ubisoft announced that the company would move towards GaaS as this model is less dependent on the new releases. Instead, they will focus on post-release support and building and developing the community around these titles.

The benefits and hindrances of video game services for players

For the gamers, playing GaaS titles means that they can split the payments (not to pay upfront) and, thus, try more games with the same budget.

The risks are mainly associated with the game discontinuation, unavailable updates, and support even if they like the game (however, this is a rare case).

What are the pros and cons of the Games-as-a-Service business model?

From the game dev industry perspective, maintaining and supporting Games-as-a-Service has several advantages and disadvantages. As user acquisition costs have skyrocketed, user retention is key to game success. To keep players and users around developers are managing their games as services and constantly evolve their product.

Games on demand have some obvious advantages for the game developers:

The disadvantages of the GaaS model for game studios are as follows:

The life cycle of the game subscription services 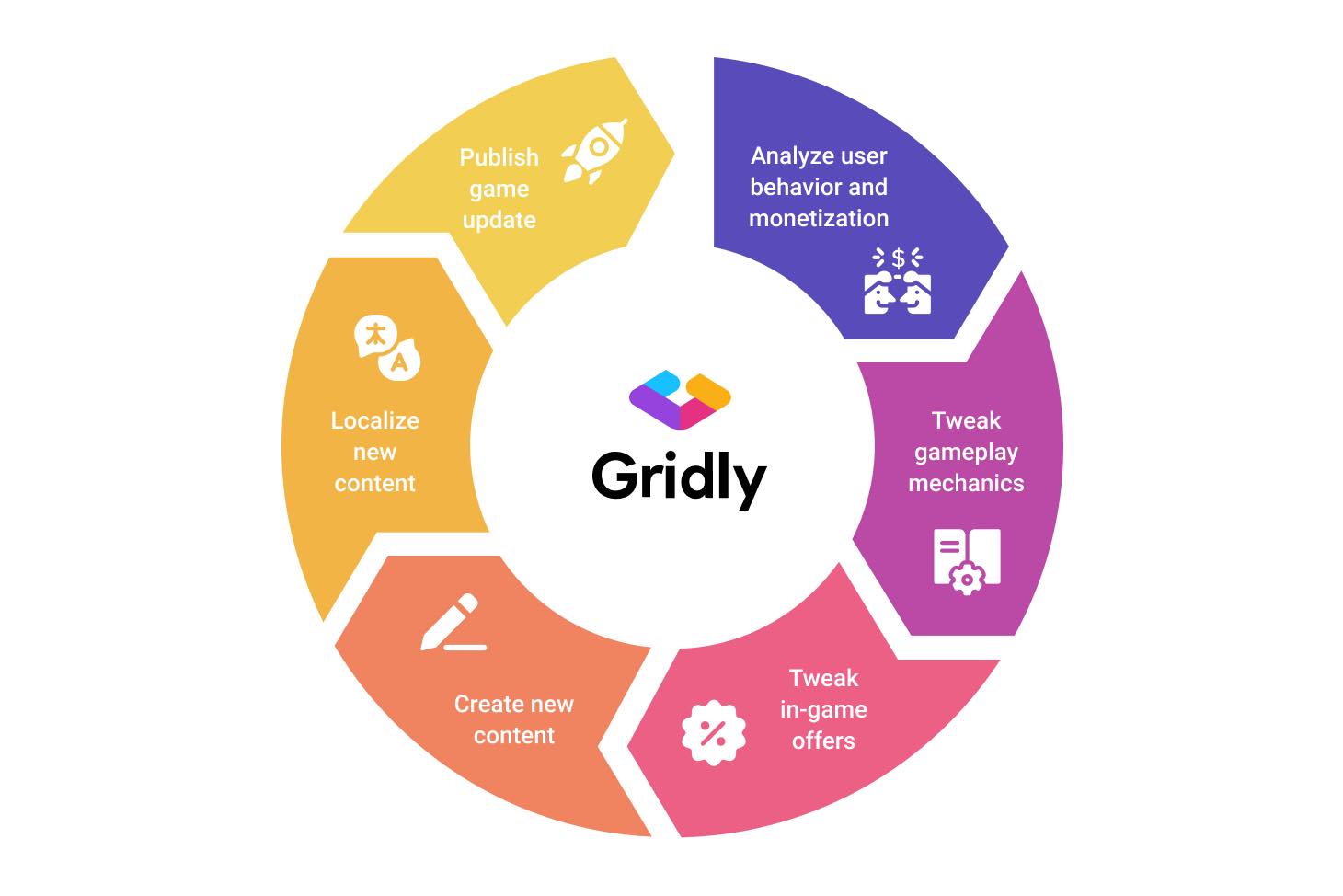 The development cycle of Games-as-a-Service consists of the following steps:

This cycle leads to a spinning wheel of updates, which moves faster and faster, especially for the developers on a weekly release schedule. Managing these big updates under tight deadlines can be problematic and should be done in a collaborative spreadsheet like Gridly or another tool capable of accommodating various types of text, structured, and gameplay data.

Are GaaS video games a trend or a fad?

Since Games-as-a-Service have been with us for over a decade, one may say that they are going to stay for a long time. The streaming games trend is anticipated to continue with the development of 5G when even advanced games can be played on devices with low computing power.